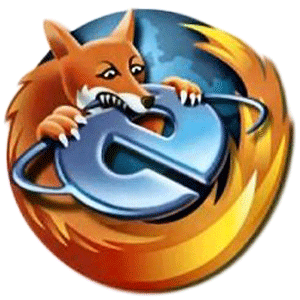 What is it I dislike about Internet Explorer?

It doesn't work properly, that's what.

It's not just me that despises all of Microsponge's attempts at creating a web browser. Every single web designer out there will have experienced similar problems. We design a website that works and looks great in every browser, then we have to write another version that looks good in Internet Explorer.
We get used to this though (we are a flexible bunch) and carry on creating killer websites whilst silently cursing the ineptitude of a multi-billion dollar company.

Microsponge then decide they need to 'update' their latest effort of a browser. Now, I'm not sure what definition of 'update' they are working with but it's not the same as mine!
Instead of bringing out a new browser that solves the problems caused by their previous version, they solve a few problems but create a whole bunch of new ones.
What this results in is web designers having to create 1 website for IE6, 1 website for IE7, 1 website for IE8 and 1 website for every other browser.

Internet Explorer 6 is no longer being supported by Microsoft. At last, the beast is dead!
Now we just have to wait for the gazillions of companies that still use it to catch up.